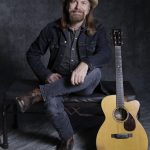 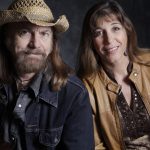 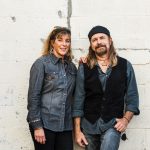 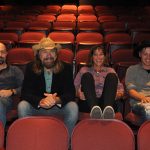 ABOUT MIKE AS THE WAYWARD TROUBADOUR
Mike Aiken’s vast treasure chest of experiences and mastery of varied stringed instruments have contributed to a catalogue of music that cannot be defined by one genre or style. Originally from Western New York, he honed his skills playing in Blues, Southern Rock, and Country bands. He began his solo career as a songwriter and artist when he sailed out of the cold Great Lakes and eventually to the shores of coastal Virginia, where he resides on his sailboat today. A United States Coast Guard captain, he has sailed tens of thousands of offshore miles along with his wife Amy, making stops along the Canadian Maritimes, US coast, Caribbean and Europe.

Life on the fringe has its benefits, not the least of which is the perspective from an outsider’s view. Northwind Records is proud to announce the release of Mike Aiken’s seventh studio album, WAYWARD TROUBADOUR. Aiken’s 11-song package is the anticipated follow-up to the Grammy nominated Captains & Cowboys (produced by Dan Baird, Georgia Satellites). As the first track’s title indicates, ‘Everything Changed’ with this album. Another conceptualized work that each of us can relate to, WAYWARD TROUBADOUR tells tales of trouble and charm.

It has been five years since Captains & Cowboys made its debut and Aiken says he wasn’t going to stop, not until he achieved what he was after. “I had a very clear sound in my head for this album, one I’ve always wanted to capture and I was not going to settle. At this point in my career I don’t have time for folks who don’t believe in the music 110%. These are the folks I want to write, record and perform with.”

Of the eight original songs on this album, six are co-writes. Two Lane Highway was penned with Henry Paul (Outlaws, Blackhawk, Henry Paul Band) who also lent his talents to mandolin and vocals on this timeless, sweet track. Nashville Skyline, written with Chris P James (Burrito Brothers), covers the troubadour’s view of Nashville as seen from any highway leading in to town. Mike included two very different songs he wrote with Paul Jefferson, the Bob Wills-esque, Everything Changed, and the tense song about not being judgmental, Hard Working Working Girl. Longtime friend and co-writer, Tim Buppert and Mike created the more frivolous offerings with Hangover Helper and the Gypsy Jazz-flavored, A Little Lazy In Your Life. The three covers were chosen for their content and the songwriters, rather than audience familiarity – Real Mean Dog (Robbin Thompson, Gregg Wetzel) for Robbin, longtime friend, fellow sailor and songwriter, Dead Man Runs Before He Walks (Mark Collie, Shawn Camp) for its somber story, and Penelope (Christopher Hynes) for its reminder that the grass is not always greener elsewhere. The self-penned songs Travelin’ Bone and Chesapeake give an autobiographical peek into Mike Aiken.

In addition, Aiken has written and produced music for Raceline, America’s only weekly syndicated show about NASCAR racing, and currently writes  the ‘On The Road” articles for Americana Rhythm Magazine. Mike always finds time to give back to the community with his philanthropic projects that include the annual Aiken & Friends Fest that benefits youth music education and the Great Chesapeake Bay Schooner Race that benefits environmental concerns. He is an active endorsee for Takamine Guitars, Ovation Guitars and Mandolins, TKL/Cedar Creek Custom Cases.

“A performer loved by audiences.”
– Virginia Commission for the Arts
***
“Mike is something of a floating John Prine crossed with Ry Cooder.” – Sail Magazine
***
“Great show! Very happy with Mike and Amy, we will have him back.”
– Joshua M. Freeman Foundation